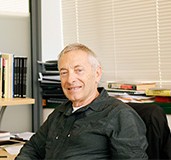 Barry King is Professor of Communications at Auckland University of Technology, New Zealand. He is the author (with Sean Cubitt, Harriet Margolies and Thierry Jutel) of Studying the Event Film: The Lord of the Rings (Manchester University Press, 2008), Taking Fame to Market: Essays on the Prehistory and Post-history of Hollywood Stardom ( Palgrave, 2014), and Performing Identity: Actor Training, Self-Commodification and Celebrity (Palgrave in press). He is on the editorial board of Celebrity Studies, Persona Studies and Palgrave Communications and is a project reviewer for the Australian Research Council. King has published a substantial number of articles that explore the relationships been popular culture, celebrity and stardom and digital media. His other publications focus on creative labour, semiotic determinism, the sociology of acting and performance and the New Zealand Cultural industries.